Home » Canadian » This is How We See the World » 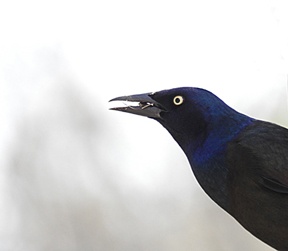 This is How We See the World

Title: This is How We See the World This is How We See the World includes eighteen previously published chapbook written over the course of thirty years by multi-award winning poet John B. Lee.

This is How We See the World beginning with work written by John B. Lee when he was a nineteen-year-old undergraduate at University of Western Ontario being championed by Canadian literary luminaries Margaret Avison, Stan Dragland and Don McKay. This noteworthy series of eighteen chapbooks published between the covers of a single volume culminates in recent award-winning work that confirms those early supporters’ faith in Lee’s promise as a writer to be reckoned with.  For his part, poet George Whipple calls Lee the greatest living poet in English.  James Deahl refers to Lee as the premier People’s Poet of his generation, and Marty Gervais sites Lee as the best poet in Canada.  Little wonder then that Nelson Mandela, Alberto Manguel, Desmond Tutu, Australian poet Les Murray, have all seen fit to praise Lee’s work.  Appointed Poet Laureate of both the city of Brantford and Norfolk County he writes what he sees in a voice for the ages.

“Imagine yourself as one or all of these lines.” These words are taken from the opening poem of the first chapbook in John B. Lee’s long and significant career as a poet.  He was nineteen years of age when he wrote Poem for One or More Feet presenting himself and his work at the office of writer in residence Canadian poet Margaret Avison.  She was so taken by Lee’s talent that she wrote a poem inspired by that encounter. The closing lines of her poem “Hear how he makes a break in hollowing/wholeless jubilant” commemorate her response to his work. She saw fit to write a letter of recommendation to assure the publication of the young poet’s first book. Thirty years since then he has garnered awards and received praise enough to affirm her faith that he was a poet worth writing about.

This is How We See the World takes us shank’s mare across the Arctic Circle, on safari in South Africa, under the city into the catacombs of Lima, Peru, climbing along the walls of Machu Picchu, trekking onto the Great Wall of China, wading into the warm waters of the Indian Ocean off Thailand, and the aquamarine Caribbean seas on the coast of Cuba.  Lee writes of home with the fresh eyes of a stranger and of far off places with the profound familiarity of home.  In the closing poem at the conclusion of this impressive omnibus he captures the sound of motorcycles roaring through Port Dover where he lives he writes:

I hear something of the nothing that is there

And what comes between this opening salvo and these closing lines is work that has such range of interest and depth of field to please any lover of great poetry. Lee’s poems on South Africa inspired Nobel Laureate, Nelson Mandela, to send Lee a letter of praise. A recipient of the Rubicon Chapbook Award, Leaf Press chapbook Award, the Golden Grassroots Chapbook Award, a three-time nominee for the b.p. Nichol Chapbook Award, with Honourable Mentions from several publishers it is little wonder that more than one reader has seen fit to call John B. Lee Canada’s premier poet. For his part George Whipple calls Lee the greatest living poet in English. Little wonder then that both the city of Brantford and Norfolk County have seen fit to appoint John B. Lee Poet Laureate.  Lee continues to garner awards for his work. In 2016 he won the thousand dollar inaugural Hourglass Poetry Award naming him Hourglass Laureate publishing his work in Bosnia Herzegovina.

In the words of Lee’s first published poem written when he was sixteen: I will leave you now … with nothing to do but to begin at the end.

John B. Lee is a poet of many passions. Whether he is lyricizing about obscure historical figures or the hardscrabble life of the family farm, Lee’s poems have a richness of imagery, metaphor and narrative drive that would be the envy of Dylan Thomas or Gerard Manley Hopkins. No poet in Canada today has the range and depth of this master craftsman. Image is piled on image until the reader is left breathless with admiration. Love inspires his poems, love of land, love of Nature, love of history and all its guts and glory. In these 490 pages Lee runs the gamut of his inexhaustible curiosity and we are the better for it.

When I began to look at this compilation I encountered a writer of great scope, and poetry that is profound and wide-ranging. When you have finished this book (and I urge you to do so slowly, re-reading and savouring its nuance as you go) you too will see John B. Lee’s wide and deep observations of this wondrous life. This is how he sees the world, and as we are drawn in, how we too begin to see it.

You will find that he isn’t afraid to be playful, cheerful, light in his touch, as he begins with Poems For One or More Feet. He asks of you: read this poem/to set yourself free. He requests that you imagine each line/ hammering on the floor/like a spoiled child. He shows you irreverence. Toes look up to you. But then he demonstrates his power by jerking you back to sobriety with the final line of the section: Your toenails die last.

For it isn’t Lee’s cheekiness that predominates in this volume, although you will find elements of joie de vivre everywhere. But what you will really see is the gravitas he brings to his vision of this world. He is unafraid, as good writers all are, to point out that we are always on the verge. He keeps us aware of the fact that we are mortal. He doesn’t want you to crumple under that awareness, but he wants you to recognize it, to accept it.

He is a poet constantly in search of satisfaction, of good, of beauty, and, usually finding it. He says, quite replete, I’m God’s enoughness/for a while. He experiences this enoughness all around him, in both the familiar and the foreign. Lee grew up on a farm in Kent County, in Southwestern Ontario and that rural side of him appears often. I owe the earth such gratitude/for this briefly borrowed dust. He takes you away to Costa Rica and eloquently describes the richness of bird life there: heaven fits the sky. He tells of the wild dogs of Peru and the respect they engender, then comes back to the beauty of a dead loon at Long Point: one wing fanned over/an otherwise open face of stone. Always the farmer, though long gone from the farm, he is endlessly in tune with the natural world. He describes a storm pelting his home on Lake Erie, the wind and rain arguing against glass. He paints a scene in spring on Lake Erie with his wife sowing crown vetch: but here/the world is sucking in its gut a little/waiting for open seed/to first pronounce the air. He whisks you away again to verdant Western Kentucky where he walks the shaken-silk summer of fields. And in those far fields he praises in his music the bright rhythm of the creatures he encounters: the cows/are the light on wild grass and horses that drum to the withers/in rivers of burning.

Wherever John Lee takes us in this volume of poetry, be it China, Thailand, Korea, Baffin Island, Burgundy, or the shores of our Great Lakes, readers must be aware of the archetype of his journey. Yes, the physical voyage has weight, but it is really the interior journey, the progress of the soul, that counts. While he so fluently details the world around him, Lee is more deeply in search of the ch’i, the vital life force within, maybe God, maybe just meaning, but something just beyond the circle of light. When musing upon the impressive waters of the Great Lake above which he lives, he says: there resides in me the true possibility of my soul/its memory alive at the very tuning fork/of Adam’s resonant bone/receiving life and responding in kind/to that breath of grace. He feels that each small life/blinks its soul to signal God. He seldom writes as if lost and alone; instead he exudes a universality, an acceptance a belonging, a benediction, imagines himself barely belonging where I am/I am everywhere/pierced by a self-proving light.

I thank John B. Lee for granting me the pleasure of revisiting this impressive work, for giving me the chance to see it, and him, afresh. Now you can start reading, can see him as I know him: the writer/alone at an inner desk/his reverent attention/receiving first light like a better darkness/the one below the ink/impossibly perfect on the pure white page/in the held breath of unwritten moments/yet to come.

Roger Bell is a poet