Home » Canadian » These Are the Words » 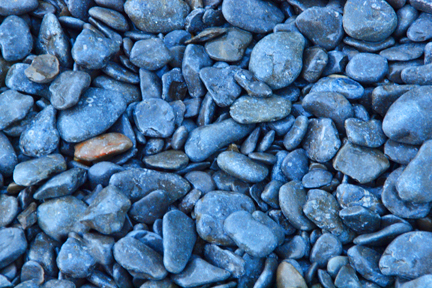 These Are the Words

Title: These Are the Words These Are the Words, is maybe ‘the’ best ever Canadian duo authored poetry books. Two esteemed poet laureate authors, George Elliott Clare and John B. Lee, bring you a world class book that Hidden Brook Press is proud to bring to readers. These Are the Words:

A contemplation of George Elliott Clarke’s,

The Gospel of Tobit

Under the imprimatur of Hidden Brook Press, George Elliott Clarke’s fascinating and very contemporary translation of The Gospel of Tobit appears for the first time in book form.  Rendered into the living idiom of the streets, Clarke’s lively poetic version takes its place alongside of Stephen Mitchell’s Gilgamesh, Ted Hughes Tales of Ovid, and Seamus Heaney’s Beowulf, as an important example of ancient writing revivified from antiquity.  One can find a rather flat and prosaic recent version of this text in the Roman Catholic New American Bible (July 27, 1970) under the title “The Book of Tobit.” This being one of the nine books of Apocrypha it is placed between “Nehemiah” and “Ester” as chapter fourteen in the Old Testament. Referred to as being of the literary form of religious novel, it is also sometimes situated between historical books and those books considered to be part of the wisdom tradition. The original text was written in Aramaic around the second century B.C. For centuries this original text was lost and the Greek translation served as the primary source for most impressions.

If you doubt for a moment that you are in the hands of a poetic voice worthy of the task, consider for example this early verse from chapter I:

and to orphans starved for smiles and candy,

The penultimate line of this stanza – the baddest Top Dog – establishes this particular translation as one to be reckoned with – the baddest Top Dog – indeed!  Consider the accumulation of strong verbs in the opening salvo – cussed-out, sweet-talked, and spat – Never!  This story inspired by the moral rectitude of the protagonist in this passage comes hurling at the reader like a volley of expletives. And the energy of this translation is sustained in verse after verse. The moral father, the dutiful son, the doting mother, the exile, the love interest, the hot sex, the demon, the angel, the bride, the orphan, all here in this sometimes steamy rendering of marital consummation.

The relationship between prayer and poem, between divine revelation and the written word is embraced and celebrated by Clarke in his honouring of poetry in lines like:

The sun’s hours are a journey of Music—

as utopian as a poem.

“Lord, who hath copyright on Thee?

Every honest poem seeks to read Thy heart.”

And then again much later very near the end of the book:

This news—as old as soil—

is hollered from poem to poem.

How prisoners’ prayers are blues;

Since the word Deuteronomy has the ad verbum translation “these are the words,” one might say of George Elliott Clarke’s Gospel of Tobit “these are the right words” and mean it.   Coleridge said of poetry that poetry is “the best words in their best order.” And sometimes such words as:

Alone in her bed, Sarah awakes

and strokes her pussy—

not too much, not galore,

for, to frig oneself is to ape the devil.

Stops she; prays she:

“I lost my breathing to gasping;

I lost my holding to grasping:

Love is a living power—

as unmanageable as Death.”

may make the odd reader blush, but they are the mot juste of this moment in the work, and we mustn’t forget Shakespeare’s medlars or John Donne’s “For God’s sake hold your tongue, and let me love,” lest we lapse into a time before the fruit of the tree of knowledge gave man and woman the judgment of angels and poets, priests and gods.

Poet Laureate of the city of Brantford in perpetuity

These Are the Words:

The Elemental Is Monumental:

A contemplation of John B. Lee’s,

Despite the encrustation over millennia of very learnèd babble—Greco-Latin, German, Anglo, Hebraic, etc.—which encases biblical exposition, the text itself is resolutely elemental, organic, in its interests.  Morphemes like “vomit” and “piss” decorate the homely, yet lovely (one-part Leah and one-part Rachel, so to speak) Word of God, and where one “spills seed,” another is “smote”; and punishments for miscreants may include “sulphur and brimstone,” while “milk and honey” may comfort the redeemed.  One does not have to be a Christian or Jew or fidèle of any sort to recognize   that biblical texts can be salty, for they are addressed to the salt of the earth, those whose tears are vinegar and whose flesh is, sooner or later, dust.  Crucially, John B. Lee—The  Poet Laureate of the city of Brantford in perpetuity and Poet Laureate of Norfolk County for life—is (and always has been) very aware of the dirt, gilt, breath, bread, wine, water, lungs, heart, genitals, muscles, ale, roses, weeds, dung, hosannas, and sobs that define our mortality, our pleasures and our sufferings.  Reading him, one hears—properly—echoes of other spiritual poets of the elemental (a branch of the eleemosynary), especially Dylan Thomas and Thomas Merton, but also Wallace Stevens, and, to name an Anglo-Canadian poet, Al Purdy:  Not that Purdy was as spiritual as is Lee, but that Lee is as elemental as Purdy.

To find the sustained, inspirited lyricism of a poet tutored in the rustic as well as the urbane, one need look no further than the third strophe of “Black Snow, Lost Light”:

and I am watching for [the vultures’] wake

to come descending in an exhilarating swoop

meant for cleaning the beach

with its rancid hunger of uncovered carrion

shrugging in the waves

rolling in the combers

lying in a tatterdemalion of bone and feathers

gone brown in the marrow as damp branches[….]

There is so much undiluted, unembarrassed, just frank and obvious excellence in such imagery, such rhetoric.  Believable it is that this speaker has seen these predacious birds alight on a beach and havoc the offal, tearing at carcasses.  Not only that—not only is Lee’s speaker a kind of devotee of Audubon—but he dares to see the potential beauty of these dread creatures that “long to be lovely” as they hover over “water tarnished like neglected silver.”  His eye—each—is as charitable as his heart….

It is right to focus on the elemental in Lee’s work:  Bread is reward for labour; and it’s what is served at the Last Supper and in Victorian dungeons; ditto for water, which slakes the thirst of the prisoner and—as vinegar—becomes a wry tonic for the crucified Messiah.  Yet, Lee is also a descendant of the Metaphysical poets (so beloved by T.S. “Idiot”); so abstract terms—like Love—are also primary to his perspective, yet secondary, still, to his impressively imagined scenes as in “The Black Hand Speaks”:

… dip its phantom hand deep in the printer’s hell box

full of broken vowels and fractured consonants to find there

in this long apprenticeship we all of us must serve

Lee—or maybe I should say, Johnny B. “Good”—knows that the soul can only be saved as it is manifested in the living body—the corps before it becomes a corpse.  Nor is Love incarnate save where bodies can have and hold one another (and reproduce)—spiting the doom that’s our mortality:

the cave of stars

and give me the torch

of a smouldering mind

with a blackening stick

leap to life in the sky

That last quotation from late in the book presents the speaker as maker, weaving constellations out of stars just as cave men—and women—imagined their quarry as captured spirits.  Thus, we learn that Art is holy—Loving—magic; the elemental rendered monumental.