Home » Canadian » The Prince of Leroy » 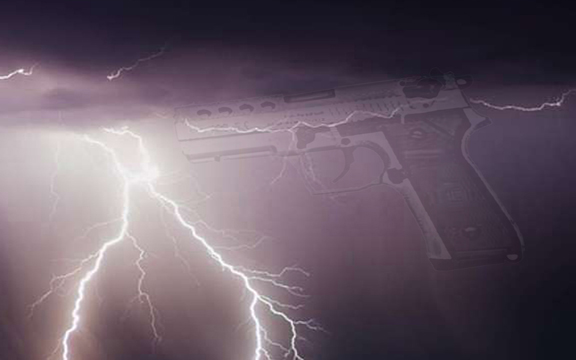 The Prince of Leroy

Title: The Prince of Leroy Welcome to the eclectic world of The Prince of Leroy, a rousing, comic tale of action and adventure where kidnapping, murder, mayhem and philosophical enquiry ensue. ‘Pulp Fiction’ meets ‘Casablanca’ in The Prince of Leroy, a stunning book, an off-the-wall romp, a wild and unpredictable matinee for the postmodern silver screen.

Welcome to the world of The Prince of Leroy, a boisterous, comic tale of action and adventure. When two small-time hoods execute a drug heist for their boss but decide to keep some of the take, trouble erupts like a summer storm; kidnapping, murder and mayhem ensue. And a bit of philosophizing too. Most of the novel takes place around the old Le Roi Motor Inn, the motel simply known to locals as the Leroy. Managed by a local god of good deeds and mythic reputation, John P. March, the Prince of Leroy, is quickly tasked to set his world in order—the question, to what lengths and depths will he allow himself to be drawn to sort through the sordid chaos and bring events to a settled and peaceful conclusion?

When two small-time hoods execute a drug heist for their boss but decide to keep some of the take, trouble erupts. Stubb Malley’s Thornton mob, the Dalco east-coast crime syndicate, an Insurance Company president and College Dean, a High School Superintendent, a nervous rookie on the local police force, the manager of the swanky Voyageur’s End, an elderly woman who claims to have been abducted by aliens, the giant Deed and his best friend, the ever-talking Dom, an eccentric university professor, a carpet salesman, a dog named Angus, and a host of others, all become involved—kidnapping, murder, mayhem and philosophical enquiry ensue. Welcome to the world of The Prince of Leroy. From the dregs of society to its most intellectual sophisticates, from the halls of Thornton University to historic World War One tunnels that snake beneath the local nether-regions, The Prince of Leroy is a rousing, comic tale of action and adventure. Often bordering on Menippean satire, the narrative explores sundry layers of society and involves a panoply of complex contemporary themes and issues: can individuals ever achieve justice against overwhelming forces in matters that range from the illegal appropriation of land to the brutality of sexual rape; what kind of hero can an individual become in a world where lines of morality and acceptable conduct are irrevocably blurred, if or when those lines exist at all? Or what of Dom’s dream of death from which he emerges with an inherently existential question—how do you wake from being dead? And what of Jacqueline, the single mother who has stopped dreaming at all, whose daughter on some days is nightmare enough, on other days, just a teenager. Or of Trace, seeking sanctuary from a fog of addiction at the place that may offer her a final hope. And what of Angus who just never seems to be able to reach that mysterious bone mounted in a plaque high on the wall. And how to explain the wild gun battle that has just erupted in the upscale hotel across the road, or the curious lights

hovering in the sky just above the Church of the Holy K. or the fires of the abattoir burning bright at night? Enigmas and mysteries and conundra abound, most centred in and around Le Roi Motor Inn, the somewhat dilapidated establishment that locals simply call the Leroy, a motel managed by a local god of good deeds and mythic reputation, John P. March, aka the Prince of Leroy. The Prince is quickly tasked to set his world in order—the question, to what lengths and depths will he allow himself to be drawn in order to sort through the sordid chaos and bring events to a settled and peaceful conclusion?

The Prince of Leroy – “A Real Page Turner”

The Prince of Leroy by Brian Way is a marvelous read, a real “page-turner” as they used to say. The story is focused on an old motel, the Le Roi Motor Inn, and on the cast of characters who wander in and out of it. Those characters range from low-life criminals and big time mobsters to university professors, a lost dog and a woman once abducted by aliens. All of these singular characters are presented with varying levels of psychological detail. All have intriguing gifts and flaws in their personalities creating a world that is equally as differentiated, at times filled with mean and violent behaviors, at times with acts of compassion and love, at times with mystery and uncertainty. Eventually, all of these characters are intricately connected by narrative threads that weave a web of action and intrigue. At the centre of this web is the main character of the novel, John March, known as the Prince of Leroy. He is the local hero of the novel earning his fame through mischievous and, sometimes, even darker deeds. Overall, this novel offers an intriguing story and, along with its wonderful characters, dishes up a captivating array of social and philosophical issues. It is a fun read, a thought-provoking read, a literary thriller.

The Crying Animal in The Prince of Leroy

When I reached the end of this book, I found tears in my eyes and remembered what one of my teachers said to me long ago: “Humans are the only animal that cries. That is how we show that we are human.” The Prince of Leroy is a very human story. On the surface, it is a novel that tells one hell-bent-for-leather story about two hoodlums who make a grab for the brass ring and miss. Their failure initiates one disastrous consequence after another impacting all who live in their world. While those two hoods only appear briefly and are long-gone by the book’s conclusion, in their wake, many aspects of what it is to be human are bared for examination. Time after time we find characters, and the reader, too, pressed to come to terms with situations that challenge their usual comfort zone. What they think and say, how they react, forms the essential interrogation of the novel. And by the end, I realized that, as funny as this book is—and it is a hilarious read—there is also a lot of sadness, a lot of soul-searching, a lot of disturbing issues to be encountered. Characters weep as often as they laugh. And in the end, through its electric language and its roller-coaster narrative, the impact of the novel lies as much in its insight into being human as it does in the rollicking tale it tells. While what is best about humanity triumphs in the end of The Prince of Leroy, time and again, with reason, we are reminded that humans are the only animal that cries.

A Tale of Tales

(A Review of The Prince of Leroy)

The Canadian novelist, Robertson Davies, once asserted that a good piece of literature must always have a good story to tell. The Prince of Leroy by Brian Way has that and much more. The main story follows the misadventures of two criminals who decide to keep part of a drug heist they have stolen from a large crime syndicate for their Boss. In response, their Boss and the syndicate and the local police all become involved in a Keystone Cops’ free-for-all with kidnappings, ransoms and, ultimately, a gun battle in an elegant hotel; stylistically, all events are delivered with a witty literary panache and provide edge-of-your-seat thrills. And there is plenty of humour in both action and thought; as one of the darkest characters ironically concludes: “When it pours, it rains.” The origin of humour in the novel is often in its language which is probably the overarching star of this story. From the tattoos of unknown languages one character has to the aliases used by almost all of the characters to the menagerie of dead languages etched in the stained glass of the Wilson Common Room to the language of dreams, the world of the book is wrapped in a charming linguistic fog—the message seems to be that communication is central to our existence and, without it, individuals and the human race as a whole are in trouble.

Emerging from that communications fog is Johnny P. March, whom the local residents all label the Prince of Leroy. He is proprietor of the old and dilapidated Le Roi Motor Inn and, as one of the regulars says of him, he is the only one who seems able to read the landscape of his world—he presages the dangers that approach and, in his own ways both generous and devious, he is able to master them and save the day. But sometimes in doing so he must stretch society’s moral circumference. And such seems to be a central theme of The Prince of Leroy, just how far can such values be stretched before a hero becomes a villain, before a savior becomes a demon.

As to the other characters, one gets the feeling that this book could be labeled ‘a tale of tales,’ each character we meet could individually open the door to another new story. So tale after tale seems to remain when The Prince of Leroy is done. Robertson Davies would be satisfied.