Home » Canadian » redirection: the prime sonnets and other poems » 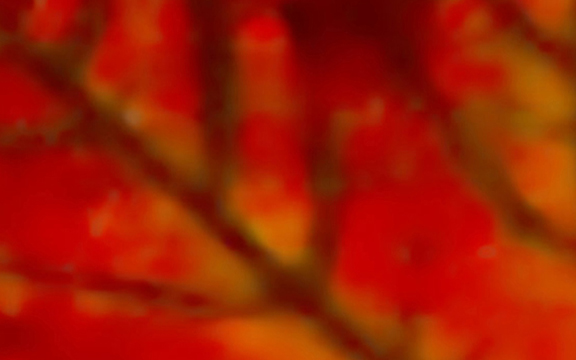 redirection: the prime sonnets and other poems

Title: redirection: the prime sonnets and other poems From its innovative sonnet sequence on Canada’s Prime Ministers to myriad ruminations on matters local and intimate, national and universal, Way’s redirection is a Canadian book of poetry that seeks, unceasingly, to lay bare the Canadian psyche and that of the world beyond.

From its quirky sonnets on each of Canada’s Prime Ministers to its ruminations on the history and landscape that have helped mould this country, Way’s redirection is solidly a Canadian book. The poems are a tour-de-force that shifts in genre, tone, style and theme. Modernist interests are fused with postmodern sensibilities—anything goes as the poems slide from topic to topic, form to form. A charming “ode of sorts” on Al Purdy gives way to a sustained ode on the death of the author’s great uncle in World War I, a satire about the odd compulsion of neighbours to decorate their driveways sits next to a comic haiku eulogy about an exotic pet owner who loved baby tigers, an elegy on his mother’s death by cancer is followed by an ironic lyric recounting a child’s doomed visit to see Queen Elizabeth—the language of Way’s work is always precise and unswerving—agile, exact, arcane, blunt. This is a poetry in which imagination, translated into language as effectively as words can manage, offers us a new, often redirected view of the world as Way sees it—sometimes funny, sometimes brutal, but always honest, genuine. And always with that ineffable sense that this is a Canadian seeing himself and Canada inside and out, and the world beyond.

From its quirky sonnets on the life and times of each of Canada’s Prime Ministers to its ruminations on the history and landscape that have helped mould the personality of this country, Way’s redirection is first and foremost a Canadian book. It touches on topics as diverse and unique as the nation itself, from an admiring “ode of sorts” to the voice of the land that remains Al Purdy and a sustained reflection on Private William Anson Smith, a teenager from North Hastings who died in combat in World War I, to poems that examine current and mythic aspects of his local neighbourhood as well as the relationship of politics and national identity, of imagination and experience, of art and the artist.

The collection, overall, is a tour-de-force in genre, tone, style and theme, inexorably exploring encounters with the world in different ways with different voices. Modernist interests are fused with postmodern sensibilities—anything goes as the poems shift from topic to topic, form to form. Some reflect on highly personal incidents (the deaths of relatives and friends; intimate relationships; a life spent among students); others consider events more political or national in scope (a child’s doomed trip to see Queen Elizabeth; the impact of Canada-at-war on the living and the dead; an illumination of Canada’s history and its Prime Ministers, each envisioned through a new sonnet form that mimes the Canadian self); and yet others foreground humour, irony and satire (a haiku eulogy for an exotic pet owner who loved baby tigers; a ragtime tune about a supercilious hit man; a persona so obsessed with tea that he finally recognizes himself as a ‘tedious asshole’; the thoughts of a guillotined head shortly after execution).

The language of Way’s work is always precise and unswerving—agile, exact, arcane, blunt—words take shape like sculptures on the page; the gaps and spaces echo pauses in the process, the silence of ideas, images missing in thought until the lightning strikes again. (The artistic layout in this finely crafted Hidden Brook Press edition adeptly reinforces this aspect.)

Some of the poems robe themselves in forms of the past, traditional verse and imagism; others use the conversational style familiar in most recent work; others dress in a style all their own. Overall, though, this is a poetry in which imagination, translated through language as effectively as words can manage, offers us a new, often redirected, often complex view of the world as Way sees it—sometimes funny, sometimes brutal, but always honest, genuine.  And always with that ineffable sense that this is a Canadian seeing himself and Canada inside and out, and the world beyond.

This is a book of poems. Canadian poems. Like the country, they are large. And diverse, varied  as the landscape, the weather—here, February flowers bloom; there, an afternoon cup of tea against the sound of early summer sleet on the windows, songs and stories bringing the kitchen to laughter; elsewhere, muskeg and animal bones (we think) in the spring, fierce, foreboding, the bitter wind and hard-driven snow, a relentless sou-easter in late Autumn. And those breathless lights to the north. A book of poems, Canadian poems.

Turn each page—elegy, ode, found, haiku, concrete, prose, monologue and more—the forms themselves turn in your hands. Variety, redirection is all (as the title promises) … in style, theme, tone, topic, voice. Language too—agile, tough, unflinching, plastic. Language, and space. And time. Like the country, large and old, small and young. Deferential. Bilingual. An apology with both tongues in its big sky cheek. Space and time—the high plains of Abraham and the low roads of the County, Agamemnon and bin Laden and Borden and Battles of the Somme, the invincibility of glaciers, and the death of butterflies. Here modernist poetics are fused with postmodern sensibilities—audacious and absurd, intimate and blunt, simple and complex, confessional images surprise, and yet, somehow, remind you of the universal found in those grand panoptic poems you read in anthologies long ago. Each of Canada’s Prime Ministers emerges as the stuff of a sonnet, an ancient prophet of the Middle East gives voice to a new vision, the ephemeral white moth reminds us of the existential human need to keep trying and, reminiscent of wistful war poems of the past, a teenaged Canadian soldier long dead in World War I reaches up to us through the mud of France and hangs on as if life itself “depends on the dance.”

Way’s poems contain a great deal of humour—examples include a begrudging ode “of sorts” to Al Purdy who has poetically besieged the County in which Way himself grew up and the self-deprecating “asshole poem” about an intellectualized obsession with tea. Satire and irony also abound as in a meditation on his neighbours’ curious driveway decorations and a whimsical recollection of a doomed childhood trip to see Queen Elizabeth, hours of waiting climaxed when a black limo suddenly careens past the anticipating crowd outside the airport gates. Reflections on art and writing, on the imagination and the poet in contemporary times, are frequent touchstones for Way. Recall the ironic precept of marianne moore who declared that poetry, when read with a degree of contempt, offers a place where one can discover the genuine—that is an apt signpost here. Classically, redirection interrogates poetry and art, along with the perpetrators of such acts, as objects of contemporary curiosity, unwanted felons from the midway of a county fair—“verge,” “alls right with the world,” “a prayer for my students” and the imagist epic “pieces of a butterfly” being the most extended of these. Here, for Way, in the pinball gyration of one image to another, one form to another, the poetic imagination always endures, always offers a deeper, more reliable source of understanding, of salvation, than any social or intellectual perception ever can. Here is the place to discover the genuine. A redirection from I to eye. The facebook of the soul.

The poems, then, a neverending encounter of the poetic imagination with all aspects of the world as seen from a Canadian perspective—big and small, significant and trivial, personal and public, sad and funny, comic and tragic. Genuine. But ineluctable in transformation. In the end, whatever glimpse of the human condition one achieves, in wonder or contempt, turn the page; the attempt is ceaseless: “the butterfly flaps silently/out of the nightime/into the psyches shade/as much myth as human/trying.”

The variety of poetry in the first half of this collection leads to the solidarity of the second, another redirection in itself. Here a new form of sonnet is unleashed. This is the Canadian sonnet, mirroring that essential component of the Canadian psyche to be deferential, hesitant at taking sides, at making final decisions. From Sir John A. to Mr. Harper, each sonnet offers an oscillating perspective on the life and time of one of our Prime Ministers and each delivers, with wit and charm, some reflection on matters both topical and universal. The individual Prime Ministers appear, one after the other, visionaries all on their own paths driven by their own angels and demons—alcoholic, racist, messianic, megalomaniacal, sexual predator and all the rest, the portraits are lit by the lightning of Way’s adept language and fired by the quiet volatility the country’s history itself. And like the deferential nature of the Canadian spirit on which the form of these sonnets is set, resolution is teased but rarely attained. This is Canada, after all.

In the end, a galvanic collection of innovative poetry—a very good collection of poetry—unique, its aim grand and complex, minuscule and simplistic, its language sharp as a Canadian season. Matters personal and national, styles changeable, eclectic as lightning—eclectric, perhaps, like that marvellous heal-all elixir Dr. Thomas once sold across the country—different and diverse and Canadian as … well, as we Canadians.