Home » Canadian » Out of Darkness, Light » 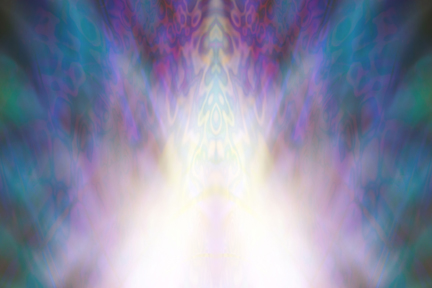 Out of Darkness, Light

Title: Out of Darkness, Light Out of Darkness, Light is a book of poetry written in the voices of fictional Cambridge, Ontario women who practice feminist worship by the Grand River. These poems of light are some of April Bulmer’s best work. Wind, water, moon, sun, earth and rain are all celebrated as spiritual inspirations for this new collection of poems.

Out of Darkness, Light is a book of poetry written in the voices of fictional Cambridge, Ontario women who practice feminist worship by the Grand River. Spiritual, sensual and natural these women claim their bodies and their prayers in ways that might have been discouraged by traditional religions. In their own tongue, they appeal to powers of light, including St. Lucy the Christian patron saint of blindness, to vanquish the influence of darkness in their lives, They also invoke natural forces at various seasons to heal themselves and to protect their families. Wind, water, moon, sun, earth and rain are all celebrated as spiritual inspirations and as influences on these women’s religious practices. Poetic and faithful, these feminine characters raise their voices and their spirits to their high priestess, Mother Scarlett, and to universal deities who sympathize with their plights.

Out of Darkness, Light was the motto of St. Lucia. Lucia or Lucy means light and bears the same root as “lucid” which suggest clear radiance. St. Lucia (283-304) is patron saint of the blind and those with eye trouble, as well as patron saint of Syracuse, Sicily where she was born.

She became a Christian martyr after she endured abuse at the hands of Romans and survived. The significance of her martyrdom was integrated into an existing Scandinavian festival celebrating the winter solstice and preventing the mischievous activity of witches and evil spirits. Lucy still represents the rebirth of light. In Sweden, Denmark and other Scandinavian countries, as well as Italy and parts of Germany, a young girl is chosen at this time to portray Lucy and to wear a white gown and a crown of burning candles.

Celebrations of light during the darkest time of the year are also Christian and Jewish themes. The birth of Jesus, often regarded as the light of the world, is celebrated in December and so is Hanukkah, the festival of light.

But these poems are written from the perspective of the fictional Congregation of Women in Cambridge, Ontario who worship in a variety of ways, mostly feminist. They invoke many deities and spiritual forces including Christ, the Goddess and St. Lucy, herself. They also appeal to the power of nature. They are led in worship by Mother Scarlett: “her hair long and red as serpents.”

The Congregation of Women prays for love, children, health and spiritual blessing often in loose rhyme. In doing so, these women battle the forces of darkness with the powers of light. They struggle to bloom like wildflowers by the edge of the Grand River where they often gather. Rooted in earth and stretching toward the brilliance of sun and moon many blossom like fertile wombs.

Imagine the fertile womb, the goddess of river and earth, the moonlight and menses of prayer, the dimming of darkness with light, the flowering of candle in flame, the trimmed wick and the softening wax of its burning, the communion of alluvial soil and bursting seed, the flow of healing waters, the slaking of spiritual thirst, the blooming of life and the crossing of shadows and shades of the grave and you have entered the world of Bulmer’s lovely metaphysical poetry where the metaphysics are simplified by the clarity of luminous lines.  And so in these poems we experience that blessing.  We share in the light.  In the words of her final poem “…in the morning/ …the sun/ … Goddess, her bright reflection: / her soft, pierced ears.” And we experience the consolation of that light.  We share in its blessing.

Poet Laureate of the city of Brantford in perpetuity

So much of woman, her qualities, desires, special attributes, has been hidden in cultural darkness, long stifled by dogma and prejudice. This light that April Bulmer brings to us from that long tenebrae rises to a sanctified space where the feminine soul can at last inhabit and display. April’s vision of a Congregation of Women radiates, surfacing in powers of light intrinsic to femininity, to affect all the conditions of life we struggle with: “Rooted in earth and stretching toward the brilliance of sun and moon.”

Seemingly humble badges of womankind throughout time as her basins, ladles and her cloths, all become magic in their power of use.  Individual voices of this fictional congregation speak to the absolute bone and blood of love and sacrifice, the daily underlying truths of physical and spiritual mating: “the red fruit” of our epic celebration of “being” and “creating”.

There is worship here that opens body as well as spirit to the fundamental marvel of union we experience but seldom express. Mother Scarlett, the envisioned leader, has a many-layered meaning of name. Her teachings would have been called “Scarlet Woman”  in many a tale from times past, such as Hawthorne’s Scarlet Letter. The names of women of the Congregation are iconic in their application, as Elle, page 22, “We celebrate on the new moon/ stems and buds. Roots new to faith.” Men and women together will celebrate this fresh and earthy wisdom of the power of women in life: “her seasons/ her cycles/ her rhythm.” April brings these teachings out of that hidden time into the modern era where age-old practices and beliefs become powerful and relevant.  All the customs of women crystalize in radiant cameos. Cloths, always associated with tasks of women, that heal, console, soften, wrap and comfort, appear throughout the verses in their impactful ancient use.

Character June, page 63,  reveals a Roman cameo of history and memory:  “and fish sauce we stir/ in jars of clay”, reminds that this womanly task was one of the prides of Empire, Rome considering its special fish-sauce the best in the world.  It is up to the reader to explore these gems of knowledge in poetry that appears light and spare but is really heavy with meaning and fat with knowledge. The poems, so light and lyrical on the page, are filled with an amazing depth of historical gleanings, a harvest of image and information.  All have the earth and water element flowing through them, our beginnings in water, our return to earth, our deep intuitive connection to them. It is a breath-taking, mind nourishing experience to take in these poems that dare to display the truths seldom spoken, our heart-shaking need of each other on our earth, and return back into it. It is an unforgettable innovation in a poetry of faith and light, told in spare, hauntingly beautiful dramatic lines:  “We will anoint/ her girl/ with river and moon.”

You will re-read and discover connections surprisingly fresh and immediate, out of your core of being and into this welcome new light. Brooke page 12:  “My soul rose: new stem from old root.” This first book of the John B. Lee Signature Series is a brilliant choice for its beauty, innovation and powerful message. A fine Canadian classic. It anticipates those that might follow.

Her works are published internationally.

She is dedicated to the promotion of Canadian poetry.