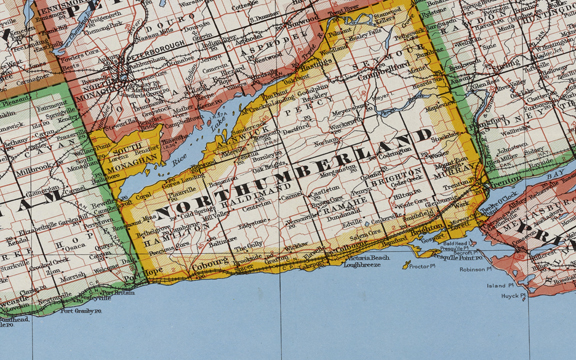 Division Street, Arthur Bull’s fifth poetry collection, is a fabulous, multi-layered memoir about growing up in small-town Ontario in the early 1960’s.

Division Street is a complex, multifaceted, memoiresk, collection of poems about growing up in small town Ontario in the early 1960’s.  This is Arthur Bull’s fifth collection of poetry. It brings together a historical, cultural, political and personal perspective of a 12-year-old, looking out on his worlds from the shore of Lake Ontario.  Drawing together popular culture, current events, historical reflections with personal narrative, it features appearances by Godzilla, Poe, Diefenbaker and Mister Ed, among many others. Arthur Bull’s world is balanced on the edge of the maelstrom of the 60’s seen through the eyes of someone on the verge of becoming a teenager.

Division Street, Arthur Bull’s fifth poetry collection, is a multi-layered memoir about growing up in small-town Ontario in the early 1960’s. It captures the historical, cultural, political and personal moments of a 12-year-old’s perspective, looking out from the shore of Lake Ontario.  This multifaceted book draws together popular culture, current events, historical reflection and personal narrative. Among many others, it features appearances by Godzilla, Poe, Diefenbaker, the Shirelles, The Orange Lodge and our beloved Mister Ed. Arthur Bull’s world is a conception balanced on the edge of the maelstrom of the 60’s as seen through the eyes of someone on the verge of becoming a teenager. This fine collection will remind you of paces and experiences of your own personal past.

These poems present a narrative of coming of age in in the US-dominated post-war nuclear era, and what it might mean to be Canadian (whatever that might be) in the shadow of Britain and the US. ‘You were caught between two empires-/one fading and one coming on strong’.

They are also placed with the historical context of an English Canadian town barely emerging from the Victorian settler world, still very much under the dark shadow of World War II, where ‘The ribbons and scars of our fathers’ are out of sight but never far away.

Through this well written collection of poems there is a pervasive sense of the historical context of a town like Cobourg, and how much it was a creature of the colonial enterprise. Among the things we were not taught was that ‘we were in someone else’s place, and that their descendants were among our classmates’.

The one common theme running through all these works is fear: the cold war, immanent nuclear destruction, horror movies, Japanese Kaiju monsters and a pervasive but undefined atmosphere of paranoia, which Arthur Bull in his early teenage years met with a mixture of ironic detachment and humour, not unlike Corman’s movie versions Poe’s Tales of Terror.

These poems reflect the sense of anticipation that was in the air in the early 1960’s. Division Street aptly captures a world balanced on the knife-edge of what is about to happen, both historically and personally, a moment of both optimism and dread. These poems will not let you down. They will take you on a journey that you will easily relate to.

Arthur Bull’s Division Street delivers an achingly bittersweet verse-memoir that canvasses his boy-to-teen experiences in 1950s-to-early 1960s, small-town Ontario. Despite the looming peril of atom-bomb conflagrations in that era of Paul Anka’s “Diana” and Dief-the-Chief bomb-shelters, there was greater worry about whether a girl you had a crush on might award you with a valentine. It’s a horrible cliché to deem by-gone eras as “innocent” in comparison with “now,” so Bull restrains nostalgia by noting hard facts: The Queen comes to visit, but Yank TV shows rule; Indigenous classmates disappear because they’re being imprisoned in Residential Schools. Even so, Division Street is rich with whimsy, wit, irony, and biting critique—a kind of mash-up of Irving Layton’s urbane satires and James Wright’s expressionismo rurale (I quote Italian painter Antonio Tavella).  Beautifully does Bull call back a time when, with “Godzilla advancing, unstoppable, / through smoke of burning cities…,” he and his buddies recognized profoundly, “how the world was fragile, / crafted, meticulous and delicate, / of rice paper, string and cardboard.”

Vital to the memoir of idyllic small town life is the awareness of its fragility. There are writers in the literary sub-genre of the small town memoir who present the community as a kind of self-contained idyll, never to end or change. For other writers – Arthur Bull among them – their small town background is something still to be explored, still a work in progress, because of their awareness of the enormous forces at work both in and around the community. The fact of history is that like it or not, just outside city limits, be it disease, war, the Depression, or a winter even worse than the last one, catastrophic change is always in the air. Something is coming. Something is always coming.

Arthur Bull’s poem cycle Division Street vibrates with the energy of imminent change, right down to its title. Born in 1950, Bull vividly recreates the power of white small town “normal,” and the forces that were to reveal that normal and those norms to be the most fragile of constructs, peaking on their way to obsolescence during the 1950s and ‘60s.

On the one hand, there are the institutions of government, church, and school, places of authority where the British Empire (also peaking on its way to obsolescence) had down concrete, stone and steel, foundations that seemed fixed and forever. At a time when school, politics, and even space exploration seemed only to promise, “this world and ourselves again / unchangeable, only  further away,” young people looking for alternatives, couldn’t ignore the encroaching forces from the great world outside: at the movies, technicolor spectacles of magic, strongmen and monsters from Italy and Japan, or tense black & white cheapies from the fringes of Hollywood that threatened incursions by blobs and bloodrust from other worlds; the rising importance of an impossibly faraway and irrelevant place called Vietnam; and that great arbiter of change, carried on radio waves from far across the lake, African American music.

Even in the seemingly-idyllic small town, Division Street reminds us, the young person will be transformed by, in Bull’s words, “the force of the knowledge / that adults are not in control / of themselves or of the world.”

Author of “The Midnight Games”