Paper and Rags tells the tale of Jeremy Castor, a young man from Cornwall, England, forced by a press gang into the Royal Navy. As the War of 1812 comes to an end, he is cast adrift amid the unforgiving turmoil of frontier Kingston. To survive, he must navigate a society that is rough yet highly structured. The town suffers a painful recession and political reform simmers. Despite a paper shortage, broadsheets proliferate. Class warfare is waged daily in their pages. Jeremy manages to get into the good graces of an ambitious deacon, a lion of the establishment, but it’s unclear how long his benefaction will last.

Along the way, Jeremy meets three strong, beguiling women. Lilac Evans strives to escape her indenture to an abusive tailor by practicing medicine on the sly. Amelia Spafford, widowed from an enforced marriage to a colonel many decades her senior, vies to preserve her inherited estate from lotharios and swindlers. Lenore, wife of absent Major Stokes, wishes for a child and fights her loneliness by seeking chance meetings with Jeremy. As they struggle to find meaning and sustenance, the four become entwined with the mysterious Creedence Scriven, a wealthy doctor. Scriven hides a shameful secret. In the end, he and the others must sacrifice their very clothing to make the paper that will see their truth in print. Still, the discovery of Scriven’s secret and its publishing in the local Gazette changes everything. 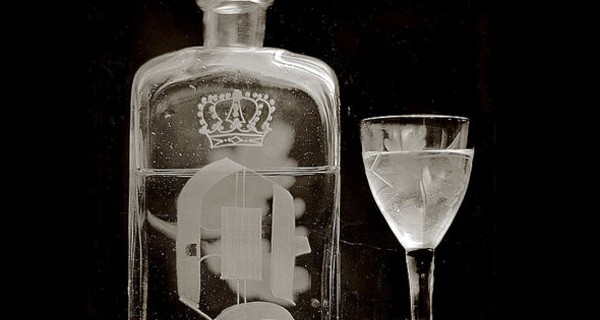 Bottle and Glass, a story of survival and escape set in two dozen boisterous Kingston taverns during the War of 1812, follows the fortunes of Jeremy Castor and his cousin, Merit Davey, two young men snatched from the Cornish coast of England by the Royal Navy in the summer of 1813. A year later, they arrive in Kingston, in Upper Canada, a town tense with the fear and deprivation of war. Paid, spent, and thirsty, their first, riotous night ashore is spent at a tavern, the novel’s namesake, Violin, Bottle, and Glass. On this Saturday night it seems like the entire town is crammed into the two-story clapboard roadhouse. It is thick with spicy bodies, sour tobacco, sweet liquor, and traces of sea-salt.

Each reveler has their own private need. The bos’n’s mate looks to drink something other than lime-leavened rum and he thinks of home. The young seamstress hopes to meet a midshipman and she thinks of away. The board needs a distraction.

Jeremy and Merit meet sixteen-year-old Amelia Barrett, newly and unhappily married to Colonel Noble Spafford, a Peninsular War veteran many decades her senior. When, later that evening, Jeremy stumbles upon a dead man linked to the Colonel, the lives of these three people seeking freedom become bound together forever.

The Last Stoic is a story of appetite and fear, both modern and ancient. Half of the story’s narrative occurs in the time and place of the ancient Roman Empire; the other half occurs in the present-day United States. The parallels between the two eras are so strong that the narrative continues uninterrupted as the setting shifts from historic Rome to modern America, alternating from chapter to chapter.